You might be shocked, but scientists did the math and found that plastic wastes equivalent to one garbage truck are being dumped into our oceans EVERY minute!

Hence, I’ll dig into the bottle bill, how it works, and where to return your bottles today.

By the end of the article, you’ll also learn about the state that pays the most, the returns limit, and the amount for returning plastic bottles and aluminum cans.

Let’s face some cold hard facts right away. Do you know beverage containers make up 40% to 60% of the roadside litter in states without bottle bill deposit laws? That’s 40 states, folks!

Comparatively, roadside litter has been cut down up to 64% in states with a deposit return system. Why? Returning bottles and cans isn’t only lucrative but convenient and straightforward too.

So, let’s look at how the ten states with container deposit-refund systems are faring.

Go Directly To The State Concerned:

With a return rate of 61%, California has had legislation regarding container returns since 1986. Here, you can return beverage packaging in plastic, glass, aluminum, or bi-metal.

Find a Bottle & Can Redemption Center in California

If you’re a Cali resident, you need to head over to the CalRecycle website here. Next, enter your Zip Code and City to find a redemption center right around you.

You can return beverage containers in cans, bottles, jars, and cartons made of plastic, glass, or metal to get back your deposit in Connecticut. Besides, that’s since 1978!

Moreover, everything from bottled water to malt, beer, and sodas are accepted. However, you can’t return non-carbonated drinks and HDPE packaging. Maybe that’s why the Home of ESPN has a low deposit bottle return rate at 46%.

Find a Bottle & Can Redemption Center in Connecticut

You can head over to the official website of Connecticut here to find out redemption centers close to you. Moreover, they’ve clearly listed town, location, and hours of operation so that you don’t have to dig yourself!

The Aloha State accepts containers with beverages like mixed spirits, beer, malt, and all types of non-alcoholic drinks. That’s since 2002!

However, Hawaii’s bottle return program exempts dairy product packaging and has a low return rate of 62%. Besides, you can get your deposit for plastic, aluminum, glass, and bi-metal back.

Find a Bottle & Can Redemption Center in Hawaii

When in Hawaii, go to the Hawaii Health Department website to check out the redemption centers around you. Additionally, the site specifies all you need to know.

Established since 1978, you can return any type of can, jar, carton, or bottle in Iowa for deposit refunds. Moreover, 65% of bottles are returned in Iowa in 2016.

In addition, this applies to a wide range of beverages like water, beer, wine, liquor, wine coolers, and even sodas. Besides, nothing is exempt in the Hawkeyes State!

Find a Bottle & Can Redemption Center in Iowa

You can head over to the state government website here. Then, just skim through the list to find a center close to you!

The Pine Tree State established bottle bills nearly half a century ago in 1976 and accepts all types of beverages aside from dairy products and unrefined cider.

Maybe that’s why Vacationland residents boast a higher-than-average return rate of 76% in 2020. If you’re in Maine, remember you can return bottles made of plastic, metal, and glass!

Find a Bottle & Can Redemption Center in Maine

Maine’s official site doesn’t offer a list of redemption centers. But, you can head over to Google to find them. Hence, just type “Maine bottle and can redemption center,” and you’ll get a long list!

Perhaps because the bottle deposit law was established as late as 1981 in Massachusetts, it has a low return rate for containers at 38%.

However, the legislation here accepts all types of beverages like sodas, malts, beers, and mineral water in bottles, cans, and jars. Furthermore, you can return metal, plastic, and glass containers!

Find a Bottle & Can Redemption Center in Massachusetts

For recycling bottles and cans in Massachusetts, try the state government website. Lastly, zoom in and out of the map. That’s it!

An early adopter of the bottle return legislation for almost 45 years, The Great Lake State has a return rate at 75% (in 2021). Plus, all kinds of beverages from canned cocktails to sodas, water, sparkling water, wine coolers, and beers, are accepted here!

Furthermore, Michigan residents are proactive with deposit refunds for bottles as their state accepts paper, plastic, metal, and glass! Time to move?

Find a Bottle & Can Redemption Center in Michigan

If you’re in Michigan, the bottle recycling laws are ironclad. Hence, you can return your beverage containers to grocery stores, gas stations, supermarkets, and convenience stores!

New York welcomed the bottle return bill in 1982 but hasn’t managed to spread enough awareness because bottles get returned at a sorry rate of 70%.

Nevertheless, you can send in bottles, cans, and jars. However, it applies to wines, soft drinks, sodas, beers, and malt. Moreover, any container that once had sugared water isn’t accepted here.

Nonetheless, New York is the only place that accepts aluminum and steel apart from the usual glass, metal, and plastic.

Find a Bottle & Can Redemption Center in New York

As the New York state government website doesn’t offer a tool for finding redemption centers, you can head over to Google. Then, just type “new york bottle and can redemption centers” to find centers close to you.

Or check the FAQ page of the Department of Environmental Conservation.

In 1971, Oregon became the first state in the U.S. to introduce the bottle bill. The State has the best return rate in the country at 81%. Impressive, right?

You can send back any sealed can, bottle, or jar made of plastic, metal, and glass. Although, the state government doesn’t accept wine, milk products, and distilled liquor packaging.

However, you can return soft drink sodas, mineral water, malt, and beer.

Find a Bottle & Can Redemption Center in Oregon

When in Oregon, use Bottledropcenters.com. Next, you can do so by “using your current location” or the Zip Code.

As the government of Vermont imposed the bottle return bill all the way back in 1978, the state has a fairly good return rate of 78%.

Hence, remember to return beverages like malt, a blended wine, beer, liquor, and sodas when in Vermont. Additionally, you can return bottles, jars, cans, and cartons. However, that’s if they’re made of paper, plastic, metal, glass, or any mix.

Find a Bottle & Can Redemption Center in Vermont

The state government has published a list of certified redemption centers in Vermont.

With the Bottle Bills established in 2010, Guam territory accepts sealed containers in glass, metal, and plastic. In addition, they’re limited to malt, ale, beer, spirits, blended wines, and non-alcoholic drinks. However, this doesn’t include supplements, milk, and medicines containers.

Unfortunately no stats are available for this territory.

Find a Bottle & Can Redemption Center in Guam

Here are answers to some frequently asked questions about the bottle bill in US.

What is a bottle bill, and how does it work?

The bottle bill promotes container recycling by including a beverage deposit on their packaging. Here, the customer is paid back the deposit upon returning it.

In short, container deposit return is much like you’re renting the packaging of the container.

Besides, you might know this as container deposit-return law too.

Can you return cans too?

Yes, you can return cans in states with the bottle bill legislation.

Moreover, collecting and recycling cans is an excellent way to earn extra money. Furthermore, you can get it from your family, friends, and neighbors.

Which state pays the most for aluminum cans?

Actually, ten states already have bottle bills in the U.S. Nonetheless, not everyone pays the same for aluminum cans as bottles. Accordingly, you can earn the most in states that pay 10¢ per can. However, only two states in the U.S. pay this rate (Michigan and Oregon).

Can you return cans from other states?

No. In fact, you can’t return cans from one state to another.

Besides, cross-state redemption of bottles and cans is even banned in some places. Moreover, there’s a reason for that!

For example, the deposit you paid for the container you bought in California has been paid to the California state. So, it’s illegal to collect refunds on the same container in another state.

In addition, the Bottle Bill Resource Guide says there are penalties for returning beverage packaging from another state. Moreover, it may even go up to $25,000 per transaction or $100 per bottle.

Can you make money from collecting bottles and cans?

Yes, as the bottle bill provides refunds for the deposit you paid.

Here, I’ll list how much you can get for the same in the ten states with bottle bills.

Is there a limit on bottle and can returns?

Yes. However, the bottle deposit legislation stipulates a redemption limit that varies from state to state.

Why do we not have the bottle bill in all of the states in the USA?

Bottle deposit refunds are legislations that add value to recycling. Unfortunately, very few states have it. However, it’s the fault of many, not one.

For example, the Vermont bottle bill banned beer sales in non-refillable containers in 1953. Hence, it’s the legwork of politicians and manufacturers.

Moreover, these proponents have outspent 30:1 “to defeat ballot initiatives over the past twenty years.”

Why do bottle bills fail in some states?

For starters, many reasons add to the failure of bottle bills.

Firstly, not all bottles are returnable, and some beverages like dairy or liquors may not be accepted for recycling/redemption. For instance, bottle deposit legislation covers 90% of all drink containers, while Massachusetts only covers 42%.

Secondly, people may prefer cash rather than redeemable coupons.

Finally, the deposit value is too low. Also, it mightn’t be worth going to redemption/recycling centers. For example, experts say that Connecticut’s low return rate of 44% is directly linked to the 5 cent deposit amount.

In a Nutshell: START returning bottles and cans in the USA and get money

Do you know what scientists say about the number of plastics in the oceans by 2040? In fact, it may triple if we do nothing!

Consequently, there’s significantly less of a future if we aren’t doing it already.

In fact, it prevents littering by offering an incentive of 5¢ to 10¢ to customers as paybacks.

For example, we learned all about how Michigan and Oregon boast the highest rates of return. Hence, their return rates are also over 85%.

Moreover, ten states in the U.S. already offer refunds in cash or redeemable vouchers already. Although, the incentives to return containers aren’t the same everywhere. Nevertheless, there are many recycling centers across the U.S. to use if you’re interested.

So, if your state doesn’t have it already, check this Bottle Bill Resource Guide by the Institute on how to get it in your state RIGHT NOW! 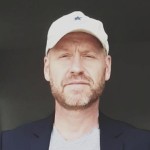